Current Status: N'aeem is currently looking for a host label for his company New Jerusalem Edutainment. He is unsigned and releasing his music independent under the NJE label.
Press Release:

Country: United States
Website: Naeem-Music.cjb.net
E-Mail: jabir_fort@hotmail.com
Releases: Contentment (In Life & Music)
Info: Born Jabir N’aeem Fort on August 20, 1981 in Jacksonville, FL but now currently living in Orlando, FL, N’aeem is a new up and coming Christian rap artist whose only goal is to reach as many people as possible with music he’s been blessed with.
Vision: After receiving Christ in March of 2004 N’aeem’s only passion was learning more about the God of the Holy Bible. So after months of study and revelations he was blessed with the concept for his debut album and looks to touch as many people with the powerful of message having true contentment.
Music: N’aeem has been writing, producing and performing since 1999. Being an 80’s child, his music influences have come from both the 80’s and 90’s Hip-Hop and R&B music scene. In the early 90’s he started listening to popular acts and found them infectious but never had aspirations of pursuing music until 1999. At this time he started a rap group with his friend and recorded a demo, in 2000 he released a self-titled EP and started his own recording company. But in March of 2004 he received Christ and switched his focus to producing Christ centered music. So now he is inspired spiritually by God and musically by those who have chosen to use this form of music to spread the truth of the gospel of Christ.
Albums: N’aeem released his debut album on February 15, 2008. The album is entitled Contentment (In Life & Music) and was released independently under his label New Jerusalem Edutainment.
Future Projects: N’aeem is working on his first Mix-Tape which will be released in early 2009. The project is entitled “It’s About Time” and will be available free of charge in physical and digital download format.
Ministry: N’aeem is the head of S.P.I.T. Ministries, which is a community Christian outreach located in Orlando, FL. We have started small by offering the community a chance to receive items that are need in their household for free through the Garage Give-A-Way event. This event is held every month and is supported by through kind donations we receive from the local public. If you would like more info on our ministry please visit us at Myspace.com/spitministries.
Track Listing:
God’s Elect (Info)
Ain’t No Time
Fire In Me
The Messiah (Chosen One)
Nigel Speaks (I Corinthians 17)
The Realness
Bad Boyz (Interlude)
Integrity Before Riches
Still In The StreetLife Feat. E-Klipz
MailBox (Skit)
Contentment (In Life & Music)
Revealed
The Lord’s Prayer (Teach Us)
The Death Of N’aeem
What I Love The Most
For My Life Feat. Leslie Fort
What Is Contentment?

Add to My Profile | More Videos 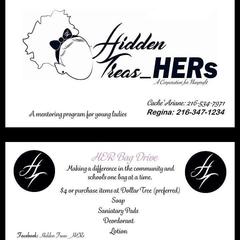